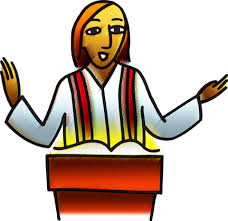 “When Peter saw he had a congregation, he addressed the people” (Acts 3:12).

What a loaded statement!  At least three things jump out at me from this simple segue from Peter’s and John’s encounter with the crippled beggar to Peter’s sermon from Solomon’s Porch.

Peter saw that he had a congregation.  There are many times when we fail to see our congregation.  We think our actions don’t matter or we feel that no one is watching.  Times when we lose our temper, let our emotions control us, or become so self-focused that we are blinded to those who are looking to us as examples.  Look around you–do you see your congregation?

Peter knew who his congregation was.  Peter and John were on their way to the Temple for prayer, as were the other “Israelites” who were gathered in astonishment to see the formerly lame beggar “dancing and praising God.”  Peter knew his audience and addressed them appropriately.  He called them “Israelites,” he referenced Moses and the prophets, and he reminded them of Yahweh’s covenant with Abraham–which was fulfilled in the death and resurrection of Jesus Christ.  Peter spoke their language.  Do your words and actions convey what you hope they do?

Peter knew what he had to tell them.  If you see your congregation and really know who they are, what is the message you have to share?  I see people all the time who want to be speakers or writers or have some kind of impact on their culture, but they haven’t yet discovered what they have to say.  Peter had walked with Christ.  He had made huge mistakes and learned great truths.  He had seen the risen Christ, and he knew exactly what he wanted to say.  He was ready when he saw his congregation, and he didn’t hesitate to share the Good News.

Do you see your congregation?  Do you know who they are?  Do you have your message ready?  If not, what can you do to answer these questions affirmatively?  If so, address the people, and preach it, preacha!