“And she gave birth to her firstborn son and wrapped him in swaddling clothes and laid him in a manger, because there was no place for them in the inn” (Luke 2:7).

I sat in the Christmas program’s audience brooding.  In my heart I knew that I was being a truly horrible person, but I didn’t really care.  Everything had changed this year including the congregation with whom we worshiped, and I felt woefully out of place.

For many years, our family had played a large role in the Christmas programs of our former church–in choir musicals, in handbells, in plays, and children’s choirs, and as a family band singing “Oh Beautiful Star of Bethlehem” and “Christmas Time’s A’Comin!'”  Now I barely recognized a face in the crowd as I moped in the dark of an unfamiliar sanctuary.  Where was my place in this church?

So much was different in this new place I had proclaimed, “Spacious!”  Borrowed nativity scenes appeared in the window sills, unusual carols hung in the corners of the high ceilings, and unfamiliar faces proclaimed the ancient meanings and lit the candles in the Advent wreath.  What had seemed refreshing in the heat of the summer now overwhelmed me with melancholy and a longing for the good ole’ days.

But those days had passed. And they wouldn’t be returning even if we were sitting in the same church as we had for the past 17 years.  The kids had grown and were moving into their own traditions.  Time had marched on, and even Christmas had to change.  Sure–good times and new traditions lay ahead as we opened our family circle to include a new son- and daughter-in-law.  But at that very moment, I missed the old and to heck with the new.

A few weeks ago, Chuck and I had strolled along the walls of our new church home, perusing the nativity scenes that families had contributed to the seasonal decor.  The variety was wonderful and the descriptions sweet.  One contribution stayed with me as we made our way back to our seats and throughout the following days.  It was an old and inexpensive menagerie of the usual shepherds and animals and angels and wise men and … green army men, orange orangutans, and an enormous, pink, lone ear!  What?  Do you hear what I hear?  I smiled at the owner’s description of how he had added characters to the usual scene to warm it up and thought of times I had done the same.  The quirky additions appealed to me, and I pondered them as that morning’s service began–no new character could ever take center stage in any nativity scene.  Only Jesus could fill the manger, but there was room for anyone (or anything!) to worship him.

Oddly, this thought returned to me as I pined away in the anonymity of last night’s crowd.  I confess.  I was longing for an important place–as I had had in the past.  My long face, hopefully hidden in the dark, had nothing to do with the performance of those on the stage.  It was all about me and my inability to find my place.  I felt like that awkward, disembodied ear or the ugly orangutan on the roof of the creche–out of place and maybe not so very appreciated.

But Christmas, and even last evening’s Christmas program, has absolutely nothing whatsoever to do with me and my self-centered complaints.  It was and is all about the one who had no place in the inn, nowhere to lay his head–as it always has been and always will be.  He was not welcomed into this world as I have been welcomed into this church.  And the spotlight he lived in from his birth to his death brought suffering and pain rather than applause.

I confess it.  I missed my old place.  But I learned a needed lesson in discovering my new place.  It isn’t in the manger, and it isn’t on the stage, but it is on my knees forever at the feet of Jesus.  Humbling and true. 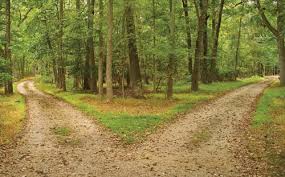 I should be writing my final paper for my Missions class right now, but I had a thought I wanted to share in more than 140 characters. Tuesday night was the end-of-semester dinner honoring those who will be graduating this month. It was a typical event–lasagna from Demos, “tokens” of UU’s appreciation, and impromptu speeches from professors and students. A group hug experience, literally.

I enjoyed the words that were shared as well as seeing some students who had finished their work one or two classes ago. However, I went home that night feeling a little discouraged. After all, I only have a couple of classes left to complete the program. Why don’t I have a better sense of where my path is headed? Several graduates have found places on church staffs or will use their degrees in current positions of teaching or preaching. I still don’t know for certain why God pushed me to start this journey–and time is running out.

I voiced my concern to one of my professors and this was part of his response. He challenged me to ask, “What activity, job, or ministry will wake me up every day and send me on my way with great passion and purpose?”

Awesome question! I am asking it of myself with expectation of finding an answer, and while I don’t have a revelation I want to share with you right now, I do want to share the question.

What’s your passion? What’s your purpose? What activity, job, or ministry will allow you to serve without compromising God’s design of who you are?

Hope you already know the answer to these questions, but, if you don’t, I challenge you to join me in the search! Passionately and purposefully!