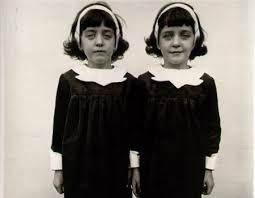 “And while they were discussing and arguing, Jesus Himself came near and began to walk along with them. But they were prevented from recognizing Him” (Luke 24:15-16).

Let me begin by saying that I turned 51 last Saturday, April 14th. This fact may or may not play an important role in what I’m about to tell you—you be the judge.

A couple of Wednesdays ago, I drove my mother downtown for an appointment with a back specialist. After a brief detour due a missed turn, we arrived at the office to find the parking lot filled and a long line of cars waiting out front to take advantage of the free valet parking. Since we were a few minutes late already, I sent her on ahead to find the doctor’s office after pointing out the directory on the wall.

As I looped back around to get my car in line for the valet, the security guard tapped on my window and pointed to an empty space in the parking lot. I pulled back out of line and drove to the open spot, jumped out, locked my doors, and headed back to the building—accidentally leaving my phone in the car.

When I got inside, I checked the directory, got on the elevator, and headed to Suite 301. I pushed through the double doors to face an enormous waiting room full of people, but could not see my mother among the crowd. I did, however, immediately see a woman who looked just like my sister staring at me from the right side of the room. I raised my eyebrows in tentative greeting, but got no response.

“What is Teresa doing here?” I wondered. “And why isn’t she acting as though she recognizes me?” I knew she was supposed to be home with her husband who was recovering from shoulder surgery. Yet, there she sat, plain as day. I should know my own sister. Shouldn’t I?

Of course, I should. But I didn’t. I sat across the room from her and cast surreptitious glances her way—okay, I stared at the poor girl. Wide-eyed. She continued not to show any signs of recognition; but, she did look as though she might send for security at any moment.

Still not finding my mother and being unable to call her, I decided to get up and look around … just a little closer to “Not Teresa” to make sure. I stood just as my mother walked through the doors thanking a man who had shown her the way to the office.

Thank goodness! I ran to her and said, “Mom! Where were you? Is that Teresa?” in one fast breath. She laughed at me and said, “I knew just what you were going to say! I saw her as soon as I walked in.”

Chuckling, Mom checked in and then returned to sit by me. We giggled and continued staring at “Not Teresa.” I even took my mother’s phone and texted my sister to make sure it wasn’t her—no answer.

Eventually, Mom’s name was called, and I was afraid to keep staring. Sometime while I kept my eyes glued to a book, “Not Teresa” left. Whew! What a relief!

I don’t know what I would have done if Mom hadn’t shown up when she did. My grip on reality is never too tight so I think I might have simply walked over to the girl and asked, “Are you my sister?” Not a great thing to do in a medical center. Too many white coats around.

No kidding. The experience really shook me up. Then I listened to my pastor preach from Luke 24:13-35 on Sunday. I never have understood how those disciples walked along right beside Jesus without recognizing him, but now I do!

They were prevented from knowing who He was. I am sure they were beside themselves with shock and grief and fear and disbelief. Emotions running wild. They probably couldn’t have recognized their own sister if she walked up to them either. Uh, yeah.

Either supernaturally or naturally, they didn’t know Jesus when He first appeared along the road. But as He taught them, walked with them, and eventually fed them, “their eyes were opened, and they recognized Him” (Luke 24:31).

Would I recognize Jesus if I saw Him today? What would it take to convince me?

More than a resemblance to the image on the Shroud of Turin. More than long hair and a flowing robe. I think it’s His heart I would know.

He has drawn me with cords of loving-kindness. He has generously revealed reality to me in glimpses and glances. And He has graciously opened my eyes to His truth. I think I would know Him by His love. At least, I hope I would. 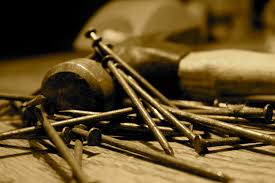 Random and unpolished thoughts on the Saturday in between.

Insecurity as well as anticipation.  I know what is coming–what came to those who waited.  And that makes all the difference between me and them.

My insecurity rests mainly in shallowness.  Of concerns over my role tomorrow as hostess to a large number for dinner.  Leisure to stress over food and cleaning a cluttered house.

They feared for their lives and grieved.  How could the Messiah die?  Rocking and holding tight arms around frail, shaking bodies.

I shrug and worry about how much ham we need.

But I know what they did not.  Weeping may endure for a night, but joy comes in the morning!

Does that explain dry eyes?