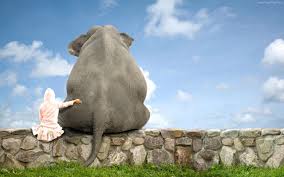 Dead on one side and too much feeling on the other

Today I read a book written by a church acquaintance/friend.  Her writing is tender and full of accounts of the richness of relationships and real friends, and as I read I felt jealous.  I was not jealous of not being found in her inner circle–I was jealous of having a real circle of my own.  As an introvert my definition of friend varies a bit from my more outgoing pals who list hundreds under that title.  I on the other hand list only two or three or four people in that category.

As I finished the book, I continued to ponder my realtionships and consider a connection I recognized between the plants growing in my yard and the relationships growing in my life.  I assume that is because we bought a whole flat full of the loveliest flowers you’ve ever seen this past Saturday.  Mom and I planted all afternoon and then carefully watered our new additions–crossing our fingers that they would thrive.  As we planted we often encountered “volunteer” plants that were happily growing in our beds.  Some were vegetable garden escapees (mainly asparagus) and some were delicately blooming weeds.  We laughed that if these weeds were harder to grow  we would have bought some at the garden center along with the lavender, calla lilies, and petunias.  But we plucked them out instead and threw them on the compost pile.

Today I wondered if that is how I view my friends.  Are the easy relationships too often discounted because of their simplicity?  They don’t require much–they may even be blood relatives who have to love me–and therefore I don’t appreciate them as I should.  I look at others who never see me or introduce themselves repeatedly as though we have never met as the valuable ones.  I mean if someone already loves me how discerning can they be?

Does my author acquaintance/friend appreciate her friends more than I?  Is that why her stories glow with the fire of familial love?  Is that why people flock to her and crave her time?  Perhaps.

For sure I could do more to value the dandelions and morning glories in my life.  Sunflowers and honeysuckles.  I need to appreciate them more and even love those who are willing to love me back.  Wild roses with thorns and all.  The beauty of the bouquet is found not in the rareness of the flowers but in the variety of the colors.

Yesterday was Mother’s Day, and yesterday also happened to be Chuck’s and my turn to serve as greeters in our church’s early service.  We arrived at 8:10 ready to go on an unusually chilly May morning.  The only problem was my constitution wasn’t quite ready.  My stiff and anxious face struggled with appropriately welcoming smiles and “Happy Mother’s Day” greetings and even too-close-for-my-comfort hugs from the touchier types.  My teeth literally ached from pushing the lower ones against the uppers.  My eyebrows were glued to my hairline and there were at least two annoying twitching places around my eyes and mouth.  I’m sure I looked like a tightly wound spring about to unravel; but I held my place, my bulletins, and my smile, and no one seemed any wiser.  Despite the stress, I was genuinely glad to serve and to have a place to call my own.  Honest.

After the service, Chuck and I gathered the stray Bibles and empty coffee cups from under the seats which we then straightened to make ready for the next service.  Inwardly I struggled to collect my emotional clutter and to prepare for the gathering that would take place at 12:30.  Mother’s Day commercials usually show a couple of little children carrying breakfast to their mom who is gracious and beautiful although she just woke up and is now eating dry toast with grapefruit juice.  Never do I see the size of the gatherings our group usually plans.  But we are blessed with the motherload of mothers!

To begin with, I have two sweet women I claim as my own–Grammy Sue and Mama Fay.  Then, I myself am a mother.  And my newly married daughter, Sarah, has happily added a sweet mother-in-law, Nancy, and grandmother-in-law, Vicki, to our group.  And, of course, Chuck’s brother and his wife (another mother) have just moved home so Mama Fay made sure to include them–my sisters (two more moms) had small gatherings at home and will celebrate with Grammy this week.  Needless to say, by the time we met, our party consisted of 15, and we were seated at two round tables to enjoy the buffet at the Mill.

But two rounds does not allow for us all to sit together.  And I anxiously juggled the families to try to accomodate everyone’s needs.  The three grandmothers enjoy visiting so they were seated side by side.  And, of course, the single grandfather sat alongside his wife.  That left four empty chairs at that table.  There were four cousins present so we put them together at the other round where two of them were already seated.  John joined Sarah there and John’s parents completed that group.  Leaving room for Bart, Ally, Chuck and me at the table with the grands.  As good as I could do–but I worried the whole time about making someone or another feel left out in some way.

Teeth aching and face twitching, I stiffly made my way to the buffet and back to my seat.  I enjoyed my meal although some said it was too cold, and it took too long to get their drinks, and I worried that was my fault.  (It wasn’t.  I know.)  I was just glad to have found everyone a seat.  And isn’t that the main thing?  Whether the table holds four or 24, or even if you need to resort to lap trays and sitting on the stairs, the important thing is to know you have a place and that you are wanted.

I’m thankful for yesterday’s celebration.  I think the motherload was blessed.  I know I was–in spite of myself.  And I thank God that everyone had a place–even me.  Honest.

I am an anxiety junkie.  When I have too much time on my hands, I spiral into a tighter and tighter knot until something sooner than later has got to give.  Usually that something is my mental health.  Yep.  As my dear husband put it one day in reference to the fact that my two and only (so far) bike accidents have occurred while standing still–“Lisa, you don’t do nothing well.”  Amen and amen.

Most recently I have been filling some of my spare time with books.  And not just any books.  I have been bingeing on books that deal with mental health.  Funny books, serious books, medically correct books, hilarious anecdotal books, and so on.  (I’ll share a list of some of the best at the end of this post.)  The specifics have varied a great deal, but one truth has been lauded by all.  Too much empty time leads to a downhill turn.

“Get a job,” some may say.  “Volunteer,” say others.  Even “write a book” has been a common directive.  But none of those options has taken root.  I like the freedom my “freelance” life affords, and I’m blessed to be able to continue it.  I do volunteer and love the time I spend tutoring at the Adult Learning Center in my home town, but it only fills two mornings a week.  At least that’s all I’m willing to commit to right now.  “Write a book?”  Oh my my my … I feel the stress even as I type the words.  I know I am making excuses, but I seem to be stuck where I am on a roller coaster of anxiety with deep plunges into occasional depression and equally occasional moments of exhilarating epiphany.  (Don’t worry–not bipolar.  Just a little over-emotional.)

And so here I sit smack dab in the middle of what Daniel Smith in Monkey Mind calls “anxiety’s petri dish.”  Too much in my mind and not enough in my hands.  Freedom–my curse and blessing at the same time.

“Then He went up the mountain and summoned those He wanted, and they came to Him.  He also appointed 12–He also named them apostles–to be with Him, to send them out to preach, and to have authority to drive out demons”  (Mark 3:13-14, HCSB).

My pastor has been leading our congregation through the book of Mark for the past several weeks.  As always Pastor Jim’s verse-by-verse teaching leaves me with plenty to think about between Sunday sermons; but, this week in particular God has summoned me to come nearer, to look and to listen closer, and then, I am sure, to respond.

When he taught the verses above, Pastor Jim noted an interesting progression:  Jesus called those he wanted to join him to be with him before he sent them out.  Being before doing.  It may just be a sign of our busy times, but that really resonated with me.  Even though this is far from the first time I have heard this concept, it is still an illusive idea.  I find it difficult simply to be.  Don’t you?  Isn’t it easier to do than to be?

I have two friends who are currently involved in what I see as “radical” missions.  One is already on the continent of Africa.  The other will soon leave for Borneo.  Their trips are purely for the sake of evangelism.  I don’t think there are buildings to construct or water purifiers to donate or medical procedures to execute or even Vacation Bible Schools to perform.  They are simply going out as ambassadors of Christ.  They are representatives of his being alive in them.  And that sort of freaks me out.

Don’t get me wrong.  I strongly believe in the doing of faith as well the being of it.  The book of James makes it pretty clear that faith leads to works, and the rest of scripture concurs that God cares greatly about the welfare of people.  We Christians should do good work!  No doubt.  But we should first of all be with him, be in him.  And that being is what we should be sharing–even when we are working.

Is doing taking the place of being in my life?  Am I too proud to accept grace?  Am I still trying to earn God’s or man’s approval?  Is that why I don’t see demons being driven out around me?  Has doing without being led to cynicism and at times even despair?  Perhaps so.  But God never quits.  He reminds me that miracles still happen, and he sends me firsthand accounts through people I know (even though my logical heart tries its best to reject those reports).  He keeps me from settling into complacency with a holy discontent that never lets me rest too long.  And he never lets me go.  When all else fails–even my faith–he is faithful to be who he is.  I Am Who I Am.  The King of Being.

How do I respond?  Do I follow the apostles’ lead and go up the mountain to be with Christ?  And what does that even look like today? I’m not sure–but I am looking and listening now and throughout the day.  And perhaps that is the best response I could have.